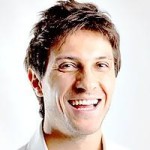 active 4 years, 10 months ago
Historically, the current territory of Slovenia was part of many different state formations, including the Roman Empire and the Holy Roman Empire, followed by the Austro-Hungarian Empire. In 1918, the Slovenes exercised self-determination for the first time by co-founding the internationally unrecognized State of Slovenes, Croats, and Serbs, […] View